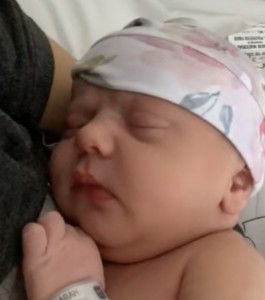 Mother’s Day and the Gift of Mary as Mother

Mother’s Day is on Sunday May 8, 2022. On this day, our hearts and minds rightly turn to the woman who gave us life and showed us the beauty of steadfast love throughout our entire lives. On Tuesday, March 4, 2013, my beloved mother Ellen died in her sleep. She had struggled for months as her aging body ran out of steam and cancer and heart problems drained the life from her. She never fully recovered from the loss of the love of her life, her husband and my father, Duval who died in 2001. She died the day after his birthday.

I remember her last question to me the day before when we spoke over the phone, "Keith, when can I go home?" She barely had the strength to speak. Her body was unable to support her on legs which simply seemed unwilling to cooperate any longer. It was so hard to hear her ask me when she could go home. I knew she meant that the little cinder block house where she and my dad lived. The home where they raised Derek, my youngest brother who was born the year I left home. I also knew that was not the home to which she would go to when Love finally called her.

On the day before she died I told her on the phone that Laurine - my wife whom she loved as her own daughter - and I would be coming to visit with her again on Easter weekend. She took comfort in the thought. Sadly, I knew her short term memory was not working well. I hoped she would remember. I was able to pray with her over the phone. I will forever remember that precious experience. I looked forward to the opportunity to hug her again, kiss her, and pray with her in person as I had done at Christmas.

Over Christmas, knowing she was nearing that final chapter of life, my whole extended family drove, from all over the country, to be with Ma, or Nana as the children and grandchildren called her. I did not know how physically depleted she had become in her last illness before that last visit. After all, she always had that reassuring and happy voice, accompanied by that wonderful breathy laugh, whenever we spoke on the phone.

When we commended her to the Lord and placed her next to my father in final repose, the grief I felt was only slightly relieved by the sure and certain faith I have in the triumph of Love and the final Resurrection. Yet, when I received the first of several well intended E mails this morning from friends encouraging me that she was in the presence of the Lord - which I believe with my whole heart- I discovered that the emotions surrounding her loss are still just below the surface, only too eager to erupt again.

Grief and love are companions. I often tell others in my work as a Deacon of the Catholic Church, that the depth of the grief is a sign of the depth of the love; another face of love. Today, I am speaking those words to myself. However, they do not take away the pain. They only help to soften the ground within which they must be planted in order to bear the fruit which all love bears. Jesus said it so simply, "unless a grain of wheat falls into the earth and dies, it remains alone; but if it dies, it bears much fruit. " (John 12:24) It will take much more time and care from the Lord to give this loss the growth. I am profoundly sad today and I know the sting of death.

A priest friend captured the mystery and beauty of motherhood so well for me in the days after Ma's death when he wrote "Dear Deacon, she will be remembered today, and I will offer a Holy Mass for her soon. I know the sting; it is unique with mother, our life bearer." Mothers are life-bearers. I will give my beloved wife of 46 years, Laurine, a Mother’s Day card on Mother’s Day. She is such a good mother and grandmother. As we grow old together, her face of love becomes more wondrous to me. I love to watch her smile when she speaks with our children on the phone or watches them on videos. But, even more so when she embraces our five grown children and eight grandchildren. She gives expression to that love which Mother's alone can bring to each of us. It is irreplaceable.

Motherhood is a unique gift from the Lord. Jesus had a mother. It is our mother who gave us life. It is the Mother of the Lord who continues to give us the gift of the One who is Himself the Way, the Truth and the Life. Each year as we express the gratitude we feel for our earthly mother, I am increasingly drawn to reflect on one of the last gifts the Lord gave to us before his total gift of Himself on the Cross, the gift of His mother to be our own. May is the month dedicated to Mary, the Mother of the Lord. This is no coincidence.

Jesus called her Mother. As one of his last and greatest gifts to his beloved disciple and to the entire Church, he entrusted her with these tender words recorded in the Gospel of John: When Jesus saw his mother and the disciple there whom he loved, he said to his mother, Woman, behold, your son. Then he said to the disciple, Behold, your mother. And from that hour the disciple took her into his home. (John 19:26, 27)

Mary was there at the Incarnation, Birth, Crucifixion, and Resurrection of God Incarnate. She was there throughout the often called hidden years in Nazareth. In the life of the Redeemer, every word and every act was redemptive, revealing the very life of God, the mystery of heaven touching earth, and the deeper purpose of our own lives. She was there in those moments whose impact is timeless. They are still as filled with the invitation of grace today as they were when they first occurred.

She was there on the great day of Pentecost, the birthday of the Church, which we will soon celebrate. She was there as the first evangelizer and disciple who gave the first Christian testimony to her cousin, Elizabeth, and won the first convert in utero in the person of John the Baptist. This event, traditionally called The Visitation, is recorded in the Gospel of St. Luke (Luke l: 39-45).

This encounter immediately followed the visit of the Angel Gabriel to Mary (Luke 1:6-38) and is one of the fruits of her humble obedient response. That response was not a onetime reaction. It was the fruit of a life of surrendered love and stretched forward to characterize her whole life on this earth and her participation in the eternal communion of Saints. Her Fiat ( Latin, let it be done) in response to the visitation from the messenger of heaven, the angel, provides a way to live for each one of us.

Mary said Yes to the invitation to love and she humbled herself. She confronted her own fears and she entered into a way of living. All of this in continued response to an original invitation of love, a gift, initiated by a loving God. Through this response, she assumed a lifestyle of receiving and giving, she became a fruitful woman, a God-bearer or Mother of God (which in Greek is Theo-tokos). She brought forth the Incarnate Word of God! Her Yes, her humble surrender, reflects a trajectory of love and is a prototype of the vocation of every Christian to bear the fruit of surrendered love in their lives as well.

There is a way of life and love that all men and women are invited into - not just once, but daily. It is the path to authentic peace and the portal to the very mystery of life itself. It is what Christian Scripture calls the more excellent way, the way of love. Mary understood and walked this way with extraordinary humility. (1 Cor. 12:31) Mary, the mother of the Lord shows us the pattern of human love surrendered to God's Love and finding its fulfillment. She also shows us the love of a mother made perfect in Jesus Christ.

Is it any wonder that the early Christians painted her image in the catacombs during their moments of fear, persecution, and doubt? They found great inspiration from this woman of great faith. In her yes, they came to understand that ordinary people can change human history. They were inspired to add their own yes, their own fiat to hers.

Justin Martyr and other early Christian apologists found in her obedient yes to the angel, the undoing of the no - I will not serve - which had been given by the first woman Eve. They gave Mary such titles as The Second Eve, the mother of a new creation. In her womb she carried the One whom Scripture calls the New Adam. He was born from her as the first born of a new race of men and women who would find a new birth through His Life, Death and Resurrection. In Him we are all made capable of giving our Yes to God. Through Grace we find the fullness of freedom that brings.

On this Mother's Day I still mourn the loss of my earthly mother Ellen and draw strength and hope in reflecting on Mary, the Mother of the Lord, my heavenly mother. I believe that hat the motherly love which my mother revealed so beautifully to me has now found its fulfillment. I know she is in the communion of love with the Mother of Jesus. I will offer a crown of roses to that dear mother by praying the prayer my mother taught me as soon as I could speak, the prayer we call the Rosary. Somehow, I know it will help to ease the sorrow and point me in the right direction, the triumph of love.

Bishop Joseph E. Strickland was named the fourth bishop of Tyler in September of 2012 by Pope Benedict XVI. Prior to being named bishop, he served a number of roles in the diocese, including vicar general, judicial vicar, and pastor of the Cathedral parish. He was ordained to the priesthood in 1985.
Prev:  A Special Novena for May
Next: A Great Reminder of Who We Are