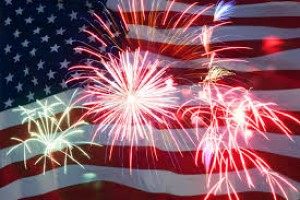 As your bishop, I plan to offer a series of brief articles that I pray will be helpful to all of us as we approach the 2020 national, state, and local elections in November. Let me be clear, I have no intention of publicly endorsing any specific party or any candidate.

Rather, I intend to focus on the foundational teachings and principles of our Catholic faith and the importance of moral coherence in our personal exercise of faithful citizenship. That will entail a special emphasis on Authentic Catholic Social Teaching. It is a real tragedy that even the principles of Catholic Social Teaching are often being corrupted and coopted by some whose attitudes and approaches are not Catholic or Christian at all.

Catholics, in their exercise of their citizenship, too often succumb to what the Fathers of the Second Vatican Council warned of in the “Pastoral Constitution on the Church in the Modern World” (“Gaudium et Spes”). They wrote: “This split between the faith which many profess, and their daily lives deserves to be counted among the more serious errors of our age” (Par. 43)

In short, faith and Life must come together for Catholics. The full Deposit of Faith must be guarded - and it must inform every area of our life, including our social and civic participation. That includes our voting. This overriding insight was elaborated upon in 2002 by the Congregation for the Doctrine of the Faith in its excellent teaching on the Participations of Catholics in Political Life:

“The social doctrine of the Church is not an intrusion into the government of individual countries. It is a question of the lay Catholic’s duty to be morally coherent, found within one’s conscience, which is one and indivisible. There cannot be two parallel lives in their existence: on the one hand, the so-called ‘spiritual life’, with its values and demands; and on the other, the so-called ‘secular’ life, that is, life in a family, at work, in social responsibilities, in the responsibilities of public life and in culture. The branch, engrafted to the vine, which is Christ, bears its fruit in every sphere of existence and activity.”

We need to fully participate in the election process, as Catholic citizens, in a manner which is morally coherent.

Bishop Joseph E. Strickland was named the fourth bishop of Tyler in September of 2012 by Pope Benedict XVI. Prior to being named bishop, he served a number of roles in the diocese, including vicar general, judicial vicar, and pastor of the Cathedral parish. He was ordained to the priesthood in 1985.
Prev:  St. Joseph the Worker
Next: 2nd Post in the Series...Morally Coherent Catholic Citizenship